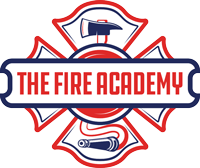 One of the most knowledgeable and experienced emergency medical service administrators in Southern Nevada, Brian Rogers serves as Partner/ COO for Community Ambulance where he is responsible for all operations of the company. Brian began his career in Las Vegas as a paramedic for Mercy Ambulance in 1988. He rose quickly as a trusted leader and soon served as director of operations. His forecasting, planning, efficiency analysis, and oversight of daily operations made Mercy Ambulance the yardstick by which other private ambulance services were measured. In 2001, Brian helped launch Southwest Ambulance, now known as MedicWest. As the company's managing director, Brian was critical in growing MedicWest from a startup to more than 250 medics, directors, managers, and field supervisors responding to more than 80,000 phone calls annually. Brian transitioned from the private sector to the public sector in 2008 when he became an officer in the emergency medical services department for the Henderson Fire Department. Brian then went on to launch Community Ambulance with his partner Robert Richardson in 2010. Community ambulance has grown to handle over 120 responses per day and transport more than 90 patients per day. The company now has over 275 employees and is recognized as an industry leader in Southern Nevada.

How to Prepare Communities to “Stop the Bleed”

Presented By: Richard Hunt, Jon Swanson, Clayton Goddard, Brian Rogers | EMS
At this compelling webinar event, you will gain valuable insights on how to prepare your community to effectively handle mass casualty incidents. You will hear first-hand accounts from the EMS personnel who were onsite at the October 1, 2017 Las Vegas mass shooting and how invaluable civilian/bystander support was in controlling severe hemorrhaging that tragic evening. Richard Hunt, MD, Senior Medical Advisor with the National Healthcare Preparedness Programs will detail the importance of the Federal Stop the Bleed Initiative, established by the White House and being implemented throughout the United States. Operational managers from MEMS in Little Rock Arkansas will explain how the State of Arkansas secured funding to implement a statewide Stop The Bleed program that involves EMS, law enforcement, school nurses, teachers and church groups as trained "First" First Responders.
ATTEND CLASS

The latest tactics, techniques and technologies designed to take your knowledge to the next level.

The Fire Academy is an all NEW year-round interactive digital platform that brings you training from industry leaders in order for you to continue supporting your efforts in the communities you serve. The content will discuss key themes around topics including: Safety, Leadership/Management, Company Officer, and many more. With a collaborative backing of FDIC International and Fire Engineering, you won’t want to miss out on this training – all at your fingertips.

The Clarion Events Fire & Rescue Group provides critical cutting-edge firefighting and emergency medical service news, education, equipment and hands-on training. Through our industry-leading publications, digital media and events Clarion’s Fire & Rescue Group covers the latest developments and standards in apparatus and equipment, clinical breakthroughs, and training for firefighters, EMTs, paramedics and those professionals serving in the Fire & EMS Industries. We at Clarion Fire & Rescue hold ourselves to the strictest of standards, ensuring that our service to the first responders equals the industry’s tireless service to us all while maintaining our long-standing mission to “Train and Inform the Fire & EMS Industry."